Garth Brooks, George Strait to team up at ACMs 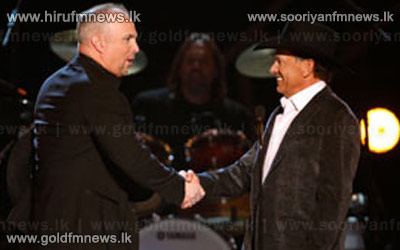 Garth Brooks and George Strait will perform together for the first time at next month's Academy of Country Music Awards to honor Dick Clark.

The performance by the two most recent winners of the ACM's artist of the decade award is symbolic.

That award will be renamed for Clark, the entertainment icon and longtime producer of the ACM Awards who passed away last year.

The pairing of two of country music's most beloved — and best-selling — stars will draw plenty of attention to the 48th annual awards.