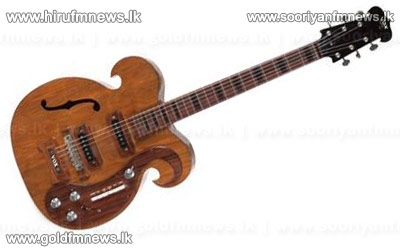 A VOX custom-made guitar played by both John Lennon and George Harrison of The Beatles is expected to fetch 200,000 to 300,000 dollars at auction on May 18th.

A rare, custom made Vox guitar played by John Lennon and George Harrison in the mid-1960s is set to be auctioned to the highest bidder on May 18th.

The guitar was played by Harrison during takes of the song “I am the Walrus” and by Lennon during a video session for “Hello, Goodbye.