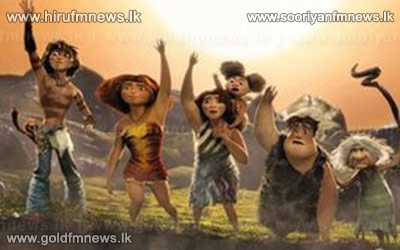 Cavemen comedy The Croods clubbed its rivals over the weekend to claim top spot at the North American box office.

The Dreamworks animated feature made 44.7 million dollars in its first weekend in US and Canadian cinemas.

Gerard Butler and Morgan Freeman star in the film, in which North Korean terrorists invade the White House.