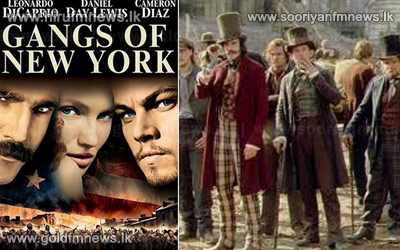 Legendary US film-maker Martin Scorsese is to make a television series of "Gangs of New York," the epic story he brought to the big screen in an Oscar-nominated 2002 movie.

Scorsese is teaming up with film and TV studio Miramax to make the small screen series, about fighting between newly-arrived Irish immigrants and local"natives" in New York at the turn of the 20th century.

Scorsese made the film -- which was nominated for 10 Oscars including best picture, best director and best actor for Daniel Day-Lewis -- after reading the book of the same name by Herbert Asbury.