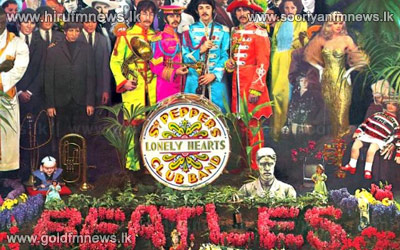 A signed copy of The Beatles' album Sgt. Pepper's Lonely Hearts Club Band has been bought at auction in the US for $290,500 dollars.

It was bought by an unnamed buyer from the Midwest, according to the Hollywood Reporter.

The sale also broke the previous record for a similar item, the entertainment magazine reported.