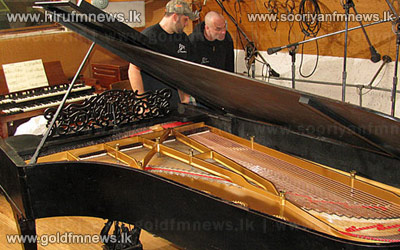 A grand piano used in the Motown Records studios has been restored and put on display at a museum dedicated to the legendary record label in Detroit.

Sir Paul McCartney helped fund the restoration of the 1877 Steinway, which was originally in Motown's Studio B.

Studio B was used to create hits for names including Marvin Gaye, Stevie Wonder and Edwin Starr.

Sir Paul, a longtime Motown fan who recorded several Motown covers with The Beatles, offered to help pay for the piano's restoration after discovering it was unplayable during a visit to Detroit in 2011.