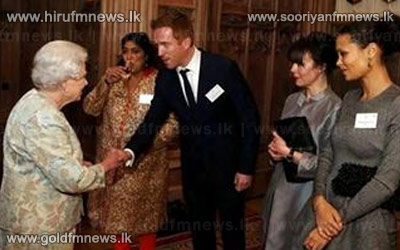 Queen Elizabeth has received an honorary British Academy award in recognition of her support of British film and television.

John Willis, chairman of the British Academy Film and Television Awards, joked that the prize was also in honor of the queen's performance as the "most memorable Bond girl yet" during the London Olympics opening ceremony.

He was referring to the moment when a stuntman dressed as the queen parachuted into the Olympic Stadium during a skit involving James Bond, the legendary spy.