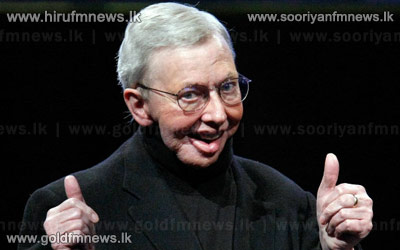 Renowned American film critic Roger Ebert has died at 70 after a long battle with cancer.

Ebert, known for his thumbs-up or down reviews on a television programme with partner and friend Gene Siskel, became a film critic for the Sun-Times in 1967 and later won the Pulitzer Prize.

He was diagnosed with thyroid cancer in 2002, losing his jaw and his ability to speak in a subsequent surgery.

But he later resumed writing full-time and also returned to television.