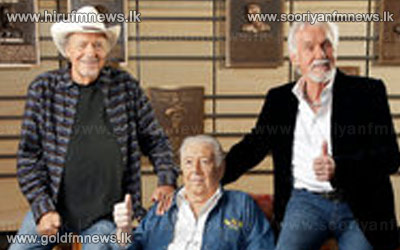 Veteran singer Kenny Rogers has told fans he is "very excited" to learn he is to be inducted into the Country Music Hall of Fame in Nashville.

The new inductees will bring the membership of the Country Music Hall of Fame, founded in 1961, to 121.

Already among that number is singer Dolly Parton, with whom Rogers performed on the 1983 duet Islands in the Stream.