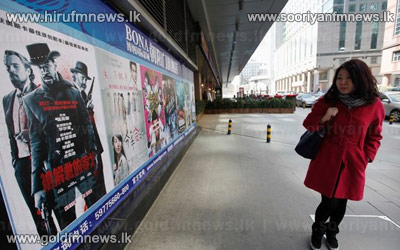 Chinese cinemas cancelled all screenings of Quentin Tarantino's "Django Unchained" just as it was released yesterday, with one viewer adding a showing was stopped after one minute.

China strictly censors films and other media for sexual and political sensitivities, and limits distribution of foreign films to protect the domestic industry.

The film starring Jamie Foxx, Christoph Waltz and Leonardo DiCaprio tells the story of a freed American slave who, supported by a bounty hunter, seeks to rescue his wife from a plantation owner.