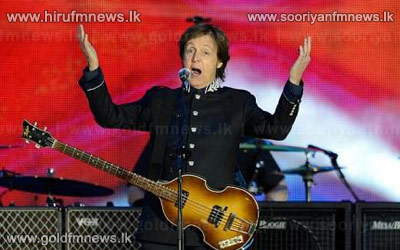 The former Beatle topped the list of music millionaires in Britain and Ireland along with wife Nancy Shevell, with whom his 680 million pound wealth is shared.

McCartney is no stranger to this position, having topped the chart measuring the country's richest musicians since the birth of the news paper’s Rich List in 1989.