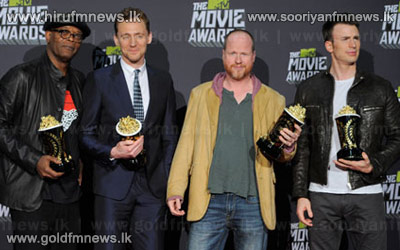 Box office hit The Avengers beat the competition at this year's MTV movie awards, winning three out of a possible four prizes.