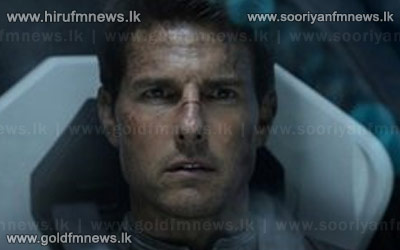 Sci-fi action film Oblivion has cruised to the top of the UK and Ireland box office.

Directed by Tron: Legacy's Joseph Kosinski, the film stars Tom Cruise as a repairman stationed on a barren future Earth evacuated after an alien invasion.

The animation about a prehistoric family had been top for three weeks.