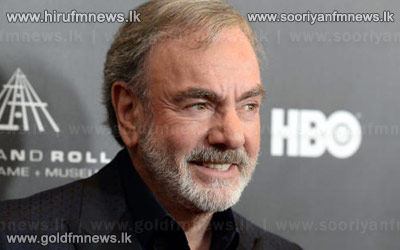 The New York Yankees and other professional sports teams have played the song at games in the days after Monday's deadly blasts, with fans and players often singing along.

Diamond spoke at the Rock and Roll Hall induction ceremony.

He said he intended the song, first released in 1969 and addressed to Caroline Kennedy, to offer solace.