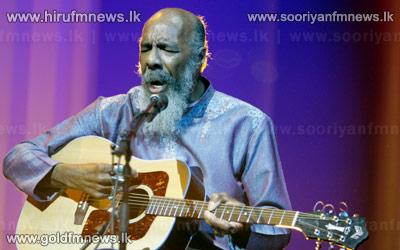 US folk musician Richie Havens, who opened the 1969 Woodstock music festival and energised the crowd with his version of Motherless Child/Freedom, died of a heart attack yesterday, at the age of 72.

Havens, who emerged from the New York folk scene in the 1960s, died at his home in Jersey City, New Jersey.

Known for his driving guitar and soulful covers of pop and folk songs, Havens recorded, performed and toured for more than four decades, using acoustic guitar music to champion the causes of personal freedom and brotherhood.

He retired from touring three years ago.