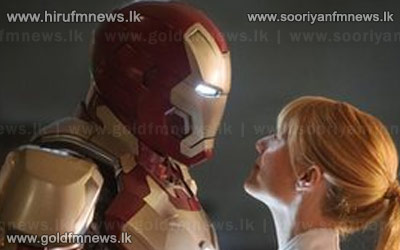 Audiences around the world flocked to see Iron Man 3 over the weekend, enabling the latest title from Marvel to beat the debut of Avengers Assemble.

The film, starring Robert Downey Junior as a metal-clad crime-fighter, made 195.3 million dollars in 42 markets ahead of its US release on Friday.

That tally exceeded the 185.1 million dollars made by the Avengers blockbuster when it opened in 39 markets 12 months ago.