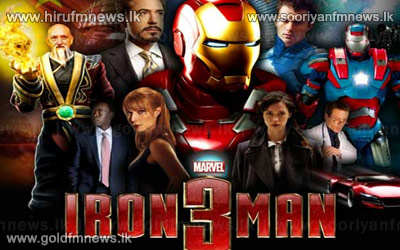 "Iron Man 3" is expected to launch America's summer blockbuster season with a bang this weekend, having already taken global box offices by storm.

Robert Downey Jr returns as the metal-suited Marvel superhero, in a sequel to the last "Iron Man" movie in 2010, but also playing off the back of last year's comic-book mega hit "The Avengers," which also featured him.

The film, starring Gwyneth Paltrow and Ben Kingsley as well, has already made nearly 200 million dollars around the world in the last week, and could earn a similar sum in its first weekend in North America.