Metal guitarist Jeff Hanneman, founding member of rock band Slayer, has died at the age of 49. 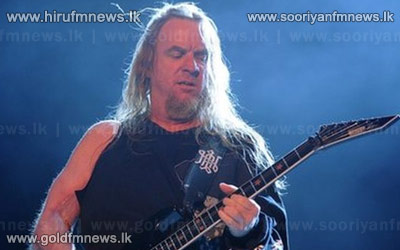 Since 2011, Hanneman had been suffering from necrotising fasciitis, a flesh-eating disease that he is believed to have contracted from a spider bite.

The guitarist is survived by his wife Kathy, his sister and two brothers.

Slayer, co-founded by Hanneman and Kerry King, became one of the "big four" thrash metal groups of the 1980s, along with Anthrax, Megadeth and Metallica.

Over the past three decades, the band released nine studio albums and performed at thousands of live shows.