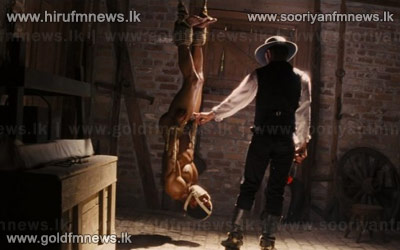 Quentin Tarantino's violent slave-revenge movie "Django Unchained" returned to Chinese theaters today, about a month after it was pulled on opening day for unspecified "technical reasons."

The rare suspension order on April 11th by the movie's importer, China Film Group, led to speculation that the Hollywood film had run afoul of Chinese censors despite weeks of promotion.

"Django Unchained" reportedly already had some violent scenes cut and had been cleared by China's rigorous censors, who generally remove violence, sex and politically edgy content.