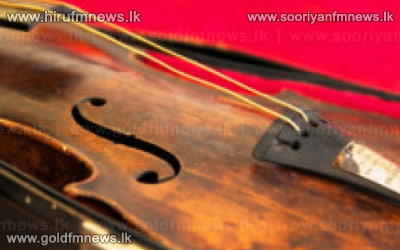 A violin thought to be the one played by the band leader of the Titanic as it sank has been declared genuine following a CT scan at a hospital.

Andrew Aldridge from auction house Henry Aldridge and Son said the scan proved the instrument was real "beyond reasonable doubt".

It has been at the centre of an authenticity debate for seven years.

Wallace Hartley, who came from Colne in Lancashire, and his orchestra, famously played on as the ship sank in the North Atlantic on its maiden voyage from Southampton in 1912, and were among the 1,517 who died.