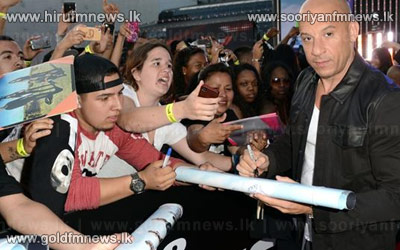 "Fast & Furious 6" is revving past "The Hangover Part III" in the Number 1 position at the Memorial Day weekend box office.

Meanwhile, the final edition of the raunchy Warner Bros. comedy trilogy starring Zach Galifianakis, Bradley Cooper and Ed Helms opened with $42.1 million in the No. 2 spot.

Universal estimates that by the end of the four-day holiday weekend Monday, "Fast & Furious 6" will have pulled in $122.2 million domestically and $275.5 million worldwide.

That would give it the second-biggest opening of the year behind "Iron Man 3."