Madonna calls on fans to start a ''revolution of love'' 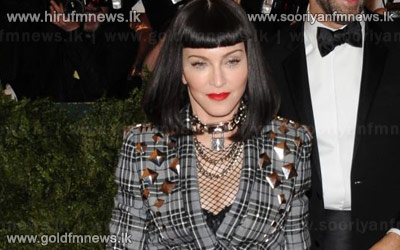 Madonna called on fans to start a ''revolution of love'' at the Sound of Change concert.

The 'Hung Up' hit-maker was one of the A-list stars to lend her support to the charity gig - which was organized by fashion house Gucci's Chime for Change female empowerment campaign - at London's Twicken-ham Stadium, and urged people to join her in changing the world through education.

The 54-year-old star took the stage, saying: and I quote. :''I keep telling people I want to start a revolution, but my revolution doesn't involve bloodshed and violence. My revolution starts with education. My revolution is about achieving a higher level of consciousness, but this cannot start without education. Unquote.