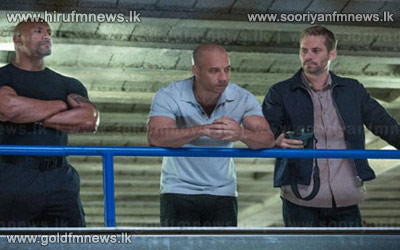 With its supercharged muscle cars, "Fast & Furious 6" raced to first place at the box office for the second consecutive weekend.

The Universal Pictures release is expected to add another 34.5 million dollars to its North American ticket sales, keeping it in the Number 1 spot after opening to more than 120 million dollars over the Memorial Day holiday weekend.

Box office analyst Paul Dergarabedian said the sixth installment in the street-racing franchise was "preordained to be No. 1 again." But in a season of sequels, three original films were among the most popular at cinemas over the weekend.