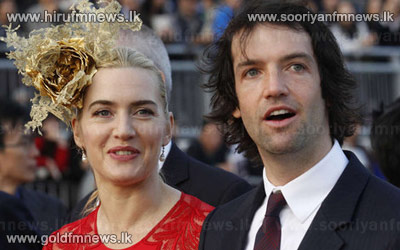 The 37-year-old married Rocknroll  is a nephew of British tycoon Richard Branson.

She was given away by her "Titanic" co-star Leonardo DiCaprio at an intimate service in New York.

Winslet won her best actress Academy Award in 2009 for "The Reader."