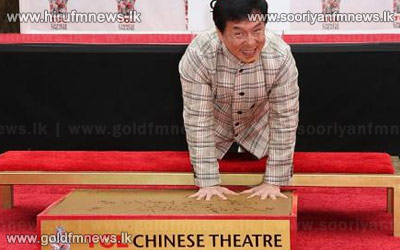 He was joined by American actor Chris Tucker, his co-star from the "Rush Hour" movies, in the ceremony in the courtyard of the TCL Chinese Theatre, as hundreds of fans screamed from across Hollywood Boulevard.

Chan, who has starred in over 100 films and directed 20, recalled first coming to the then Grauman's Chinese Theatre -- it changed its name this year for sponsor Chinese company TCL -- two decades ago, invited by film action hero Sylvester Stallone.