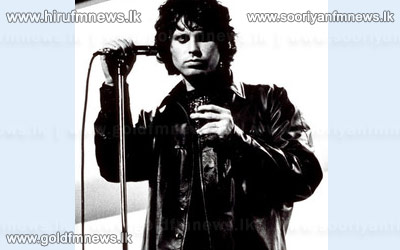 A newly described 6ft lizard that roamed South East Asia from 36 to 40 million years ago has been named after The Doors singer Jim Morrison.

The choice of name Barbaturex morrisoni is a play on the late frontman's epithet "The Lizard King".

When alive, the lizard was over six feet long, making it the largest plant-eating lizard ever to have existed.

Lead researcher Jason Head from the University of Nebraska-Lincoln explaining why Morrison's name was chosen for the lizard said that he was listening to The Doors quite a bit during the research, and added that some of their musical imagery included reptiles and ancient places, and Jim Morrison was of course 'The Lizard King', so it all kind of came together."