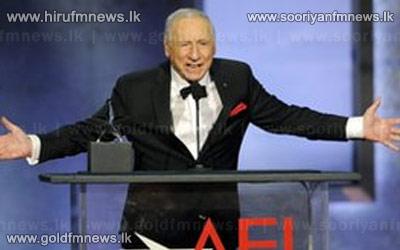 Comic film director Mel Brooks has been honoured with a lifetime achievement award from the American Film Institute.

Robert DeNiro and David Lynch were among those who attended the Hollywood ceremony to pay tribute to the 86-year-old, whose films include Young Frankenstein and The Producers.