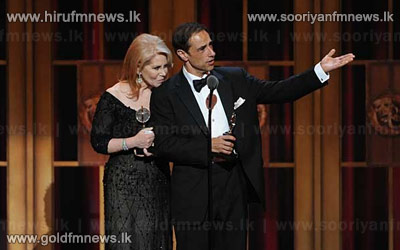 A tearful Lauper said that she can't say she wasn't practicing in front of the shower curtain for the past couple of days," and went on to "thank Broadway, for welcoming her."