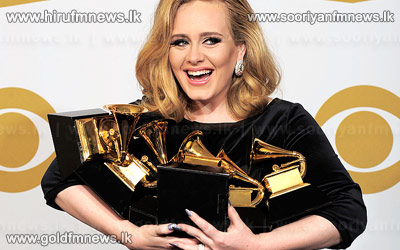 British singer Adele and "Blackadder" stars Rowan Atkinson and Tony Robinson were among those given awards in this year's Queen's Birthday Honours.

Adele, was made a Member of the Order of the British Empire, which she adds to an already stuffed trophy cabinet of several Grammys and an Oscar for the James Bond song "Skyfall".

Atkinson, the star of the hugely popular British comedies "Blackadder" and the later "Mr Bean" series, was made a Commander of the Order of the British Empire.