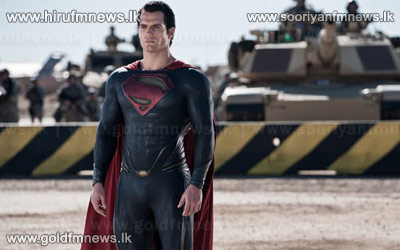 Superman movie Man of Steel has followed its success in the US by topping the UK box office.

The film, which stars British actor Henry Cavill as the superhero, took 11.2 million pounds in ticket sales from 572 screens in its opening weekend.

Will Smith's After Earth dropped to two in its second week of release, taking 1.2 million pounds.