Jennifer Lopez honored with a star. 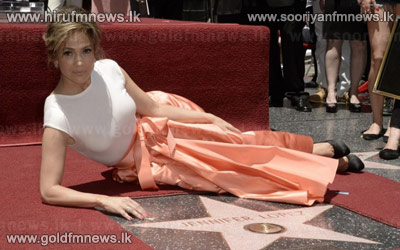 Singer-actress Jennifer Lopez was honored yesterday with the 2,500th star on the Hollywood Walk of Fame, joined by celebrities including Jane Fonda and watched by screaming fans.

Known to her fans as J.Lo, Lopez made her leading lady movie debut in "Selena," in 1997 -- for which she was nominated for a Golden Globe -- and went on to become a Grammy-nominated singer.

Her first studio album, "On the 6," was released in 1999. She is soon to release her 10th album, possibly in November.