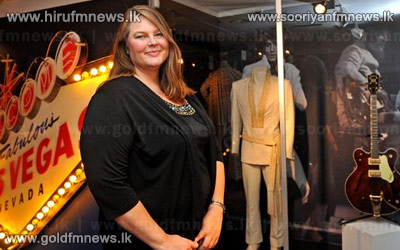 Two priceless items of Elvis Presley memorabilia have gone on display at a Liverpool  Exhibition dedicated to him.

The temporary Elvis and Us exhibition at the Beatles Story attraction has been so popular that it has been extended by a year until October 2014.

These are the white wool gabardine jump-suit Elvis wore at his 1969 record-breaking return to Las Vegas and his 1965 Gretsch Country Gentleman guitar with which he played 57 shows in 28 days.