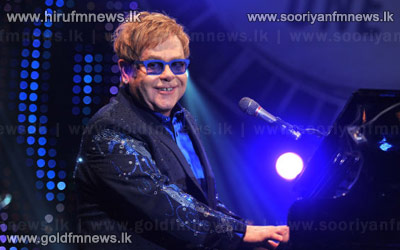 66-year-old singer Elton John is getting ready to release his 30th album in a few months.

It’s called ‘The Diving Board,’ and John gave a glimpse of the LP’s cover on Facebook. The stark artwork features a fully clothed man preparing for a jump in what appears to be an ocean.

Not much else has been confirmed about the upcoming record, besides information regarding the pre-sale on June 24th.