Next from Stevie Wonder: a gospel tune in Arabic? 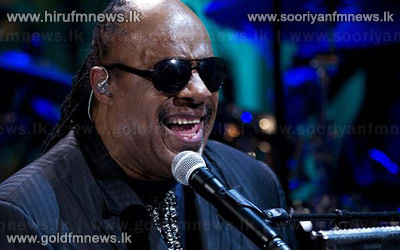 Soul music legend Stevie Wonder says he's toying with the idea of including a gospel song in Arabic on an upcoming album dedicated to his mother.

"Gospel Inspired by Lula" is among several projects that Wonder, has going right now, he told Rolling Stone in an interview posted on the pop culture magazine's website.

Wonder's mother, Lula Hardaway, the daughter of a poor Alabama sharecropper, was credited as a co-writer on several of Wonder's songs including "I Was Made to Love Her" and "Signed, Sealed, Delivered I'm Yours".

Wonder's other projects include a collaboration with Canadian producer David Foster that will see him recording both old and new material with a symphony orchestra.