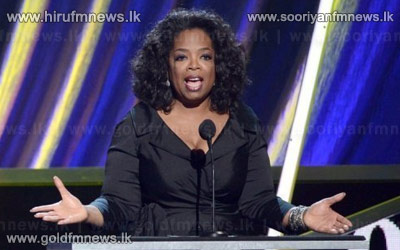 Oprah Winfrey has been named the most powerful celebrity in the world by Forbes magazine.

It is the fifth time the talk show host, who runs her own TV network, has topped the Celebrity 100 list, which is based on earnings and media exposure.