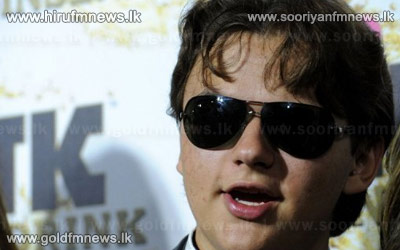 Michael Jackson's eldest son has spoken publicly for the first time about his father's death as he testified at his wrongful death trial in Los Angeles.

Prince Jackson,  told jurors his father had some tense phone calls with concert promoter AEG Live, sometimes ending with his father in tears.

Katherine Jackson, is suing AEG Live for 40 billion dollars over her son's death.

The company has denied any wrongdoing.