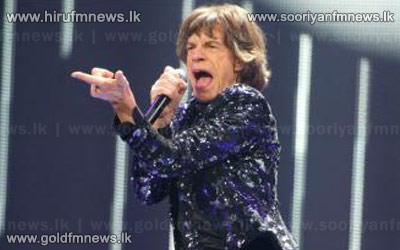 The Rolling Stones have received glittering reviews for their Glastonbury debut on Saturday night.

The rock legends took to the stage at Worthy Farm in Somerset for their first ever performance in the festival's 43-year history, kicking off their historic set in front of 135,000 fans with a lively rendition of 'Jumpin' Jack Flash.'

The British band powered through an energetic two-hour set, which included old classics like 'Brown Sugar' and 'Wild Horses'.

The Daily Telegraph newspaper praised the band - which includes Sir Mick Jagger, Keith Richards, Ronnie Wood and Charlie Watts - for their efforts during their energetic performance.