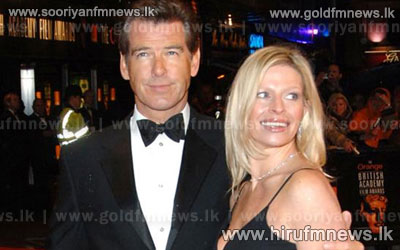 Pierce Brosnan has paid tribute to his daughter Charlotte, who has died of ovarian cancer, aged 41.

It is the same cancer that killed her mother, Cassandra Harris, who was Brosnan's first wife.

Brosnan adopted Charlotte and her brother Christopher after their father died in 1986.

Cassandra Harris died in 1990 at age 43. Charlotte had been suffering from the disease for three years.