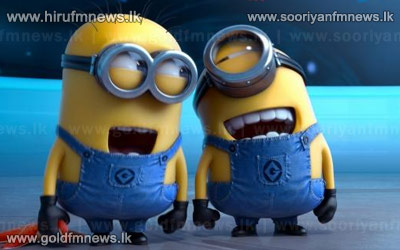 Despicable Me 2 has raced to the top of the U.S. box office after raking in 82.5 million dollars over the Independence Day holiday weekend, easily leaving Disney's The Lone Ranger in the dust.

The animated sequel, featuring the voices of Steve Carell and Miranda Cosgrove, has taken an impressive 142.1 million dollars, since opening on Wednesday Jul 03rd.

Meanwhile, Sandra Bullock and Melissa MCCarthy's buddy comedy The Heat came in third with 25 million dollars, in its second week on release, while Monsters University and World War Z rounded out the top five.