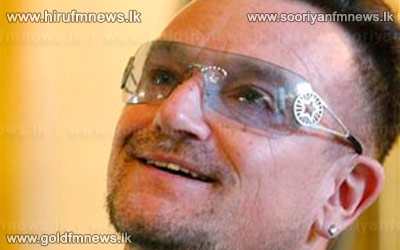 U2 singer Bono has received France's highest cultural honour for his contribution to music and commitment to humanitarian causes.

The Irish rock star was presented with the Commander of the Order of Arts and Letters by French Culture Minister in Paris.

Bono, whose real name is Paul Hewson, said the award belonged to his band.

Bono, who has been nominated for the Nobel Peace Prize, has received a string of awards for his music and campaigning since the 1980s.