Twilight - Kellan Lutz In Talks For The Expendables 3 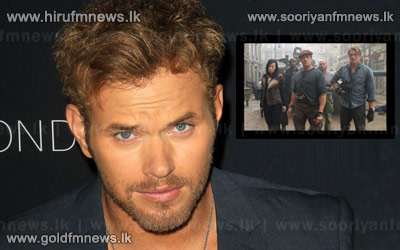 Twilight hunk Kellan Lutz is reportedly in negotiations to join the third The Expendables film.

The actor, who played Emmett Cullen in the Twilight franchise, is "in early talks" to join Sylvester Stallone, Arnold Schwarzenegger, Bruce Willis and Jason Statham, among others, in the action sequel.

Jackie Chan, Milla Jovovich and Wesley Snipes are all rumoured to be part of The Expendables 3, while Stallone recently confirmed Mel Gibson would play the main villain in the movie.