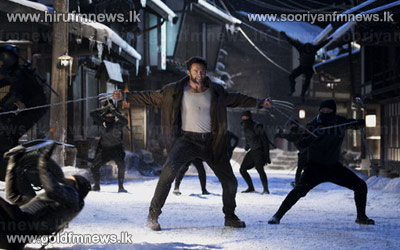 Mutant superhero movie The Wolverine has clawed its way to the top of the U.S. box office to debut with a 55 million dollars gross.

The action blockbuster, starring Hugh Jackman as the X-Men comics character, also fared well outside of North America, earning an impressive 86.1 million dollars around the rest of the world to cover its 120 million dollar budget.

The Wolverine's strength knocked last week's U.S. number one, The Conjuring, into second place with takings of 22.1 million dollars, while animated family film Despicable Me 2 rounded out the new top three, grossing 16 million dollars in its fourth week of release.