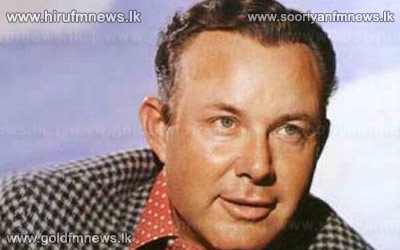 Jim Reeves fans around the world will be commemorating the singer’s 49th death anniversary today.

He was an American country and popular music singer-songwriter. With records charting from the 1950s to the 1980s, he became well known as a practitioner of the Nashville sound.

Known as "Gentleman Jim", his songs continued to chart for years after his death. Reeves died at age 40 in the crash of a private airplane. He is a member of both the Country Music and Texas Country Music Halls of Fame.