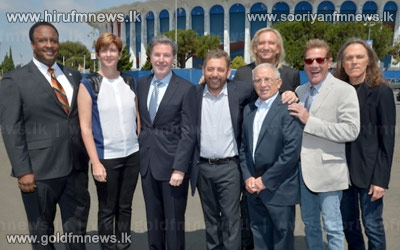 The Eagles will play three inaugural concerts when the Forum, Los Angeles' premier concert venue from the late 1960s until 1999, reopens in January.

They also used the venue, which will now hold 17,500 fans, in 2009 as a rehearsal space prior to their Long Road Out of Eden tour.