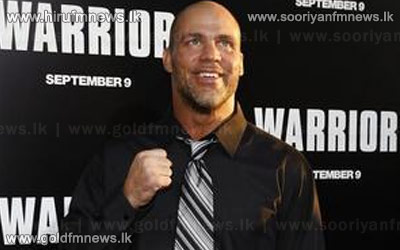 Wrestling legend Kurt Angle is checking himself into a rehabilitation centre following an arrest on suspicion of driving while intoxicated.

The professional wrestler and actor was taken into custody on Friday after cops pulled over his car in Wise County, Texas and detected the odour of alcohol.

It was the 44 year old's fourth booze-related arrest in the last six years, and Angle took to his Twitter.com page to announce he is heading into a treatment centre to try to kick his demons.