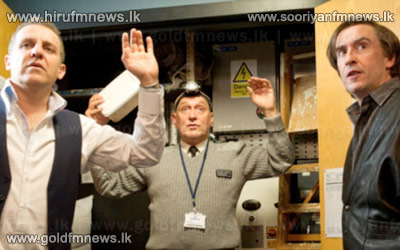 The critically acclaimed comedy, which opened on 7th August, has made 2.17 million pounds so far in ticket sales.

The film is the first big screen outing for the comedy creation of Steve Coogan and Armando Iannucci.

Comedy Grown Ups 2 and The Lone Ranger were also released at the weekend.