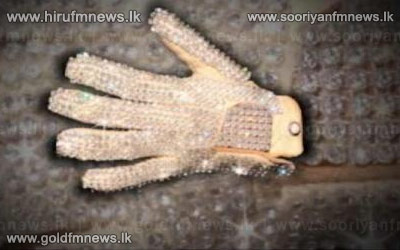 A glove worn by Michael Jackson is at the center of a legal battle between the US government and an African dictators son.

The latest hearing in the 28-month-old case - identified as United States of America v One White Crystal-Covered Bad Tour Glove and Other Michael Jackson Memorabilia - will be held in LA on Monday.