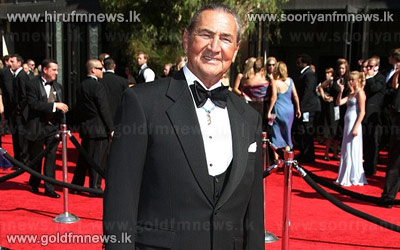 Canadian-born actor August Schellenberg, who was best known for starring in all three Free Willy films, has died aged 77.

His agent said he died at his Dallas, Texas, home after suffering from lung cancer.

Schellenberg first played whale trainer Randolph Johnson in 1993s Free Willy, reprising the role for the sequels released in 1995 and 1997.

He also starred in Terrence Malick film The New World opposite Christian Bale.

Known for playing Native American roles, the actor - who was half Mohawk and half Swiss-German - earned an Emmy nomination in 2007 for his role as Chief Sitting Bull in the HBO movie Bury My Heart at Wounded Knee.