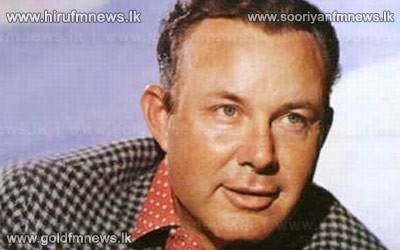 Jim Reeves fans around the world will be commemorating the late singer’s 90th birth day today.

The late country and popular music singer and songwriter was born on the 20th of August 1923, and died on the 31st of July 1964.

With records charting from the 1950s to the 1980s, he became well known as a practitioner of the Nashville sound.

He is the only singer who is known as "Gentleman”.  Gentleman Jim", continued to chart for years after his death.

James Travis, popularly known as Jim Reeves, died at the age of 40, in the crash of a private airplane.