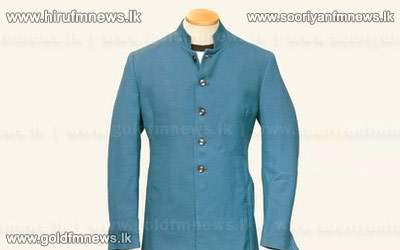 A jacket which once belonged to John Lennon is expected to fetch up to 12,000 pounds at auction later.

The teal blue Nehru jacket, later owned by Jo Jo Johns, the Beatles PA, will be auctioned in Derbyshire.

Johns had to clear Lennons house when he moved to the US in 1971 and later gave the jacket to her friend Tony Goddard as a birthday present.

For 25 years, Goddard has had the jacket on display at his Leicestershire home but said it was time to sell it.